Fake-news is a fact of life, definitely after 2016. The most new is the word ‘fake’ which is attached to parts of our daily conversations, since it represents something we are already used to. Gossiping has a smell of fake. As has the saying ‘I have been economically with the truth’. Deliberately presenting things in a way which will cause a changed mind-set for those who listen – it is part of the strategy to convince people about the wish that they should believe the source and therefore agree with the attached judgement.

In daily life it happens more often that the given representation of facts is perceived differently by different listeners. The representation is not correct – we sometimes say. And by consequence the outcome of the reasoning on these facts is considered false as well. To avoid this as much as possible we have an exchange of arguments, look for the reliability of the source of the presented facts, discuss different viewpoints. That is almost the normal attitude in most of the work of the members of Oikosnet Europe. We live from the uncertainty about facts and the interpretation of these facts. And we discuss them at our meetings and conferences.

When doing so, we mostly follow a pattern – which I learned to see after our former General Secretary Wolfgang Lenz showed me his model, named ‘The Four Resources for the Management of Meaning’. The first one in “information” – mostly presented as facts. More and more almost indisputable presented in the form of a 1 or 0. However, information in itself can be incorrect. Therefore we apply checks – in science known as the Popper principle of falsifiability – to discuss whether we should consider facts as correct facts on which we can build good conclusions. Information, facts only have a meaning when placed in a framework of knowledge. As an example: the statement “It is 3 0C outside” represents a fact, the knowledge added is that this is very cold for human beings and by consequence they are advised to put on a coat. “Knowledge” is the second resource.

The third one is, in my representation of Wolfgang’s scheme, “values”. Through values we prioritise our behaviour, for instance when we are outdoors with a temperature of 3 0C, but we stay there without putting on a coat since we meet with a friend who has had an accident. We stay outside and offer as much help as possible. Then we prioritise some of our values. Being cold, probably getting sick for some days, is not as important as helping the friend. Where does this priority comes from when dealing with our different values?

This questions leads to the fourth resource: faith, world view, belief-system. People generally use different words for this resource. The important thing: it deals with the background of our personal priorities in the values. Our view on life. Our accepted characteristics and convictions.

For me the big questions don’t deal with these four elements as such. Facts are part of our lives, as priorities and values are. The big questions deal with the availability to raise questions about them. And to be open for a reaction on these questions. If that is refused, the ultimate position is that no discussion at all is possible. Science doesn’t matter anymore. Logic isn’t helpful. A real exchange on views, on perceived realities are not required anymore. We just follow the first speaker. Or the dictator.

Today, while writing this contribution, we have general elections for the parliament in the Netherlands. Democracy at its best. A feast, some people say. The feast can only be recognised in this way when we continue the work to communicate about the different views, when we build arguments. When we do our work as members of Oikosnet Europe. 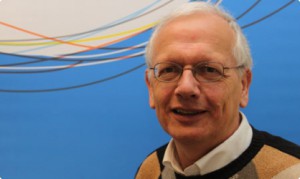 A Europe of and for the people – Just and Participatory

In Rome, on 25 March 2017, the Heads of State and Government of the EU Member States will celebrate the 60th anniversary of the Treaty of Rome, the founding document of what is now the European Union. As announced at the EU Bratislava Summit in September 2016, this will also be the occasion to look forward and to “set out orientations for our common future together”[i].

The present debate about Europe, however, is dominated by Europe being in a crisis. As the present and former Presidents of the European Commission  have indicated in their respective State of the Union addresses, the crisis of the European Union, and thereby of the European project, is an „existential crisis“[ii]. “This crisis is financial, economic and social. But it is also a crisis of confidence. A crisis of confidence in our leaders, in Europe itself, and in our capacity to find solutions.”[iii] The difference between the present crisis and the previous crises of the European Union is in it being an accumulation of several, mutually reinforcing crises.  The Financial Crisis, the Euro Crisis, the inability to develop a common response to the stream of refugees, the inability to develop a Common European Foreign and Security Policy and to respond jointly to new conflict situations and Brexit as an expression of the approach of some Member States, being less based on a joint vision and more a simple cost-benefit analysis.

Other underlying features of the crisis are the inequalities between EU Member States and a lack of solidarity. Increasing right-wing populism, re-awakening nationalism, the unilateral emphasis on economic growth and competition on the part of the European Union as well as its inability to come closer to the people, contribute to accelerating the crisis.

Given this situation, the European Commission emphasizes on “delivering“ in areas of its competence and on policies, on which the European dimension provides an added value compared to approaches of individual members states. In this regard, the Board of Oikosnet Europe[iv], meeting just prior to the celebrations in Rome, welcomes the five scenarios of the European Commission on the „Future of Europe“[v]. These scenarios offer some clarity on the future direction and force EU Member States to re-state their commitment to an agreed and community dimension of the European project.

Oikosnet Europe also believes that the scenarios offered by the European Commission are too technical and fall short of addressing the underlying root causes of the European crisis, such as the social crisis in many European countries and the gap between the European Institutions and the people of Europe.

Many people and civil society organisations in Europe under the name of “Pulse of Europe”, despite their fears, remain committed to the European project as signified, for example,  by the „March for Europe“ on 25 March 2017 in Rome and in many other European cities, for unity, delivery, solidarity, protection, democracy and hope.

Oikosnet Europe expects that in addition to the emphasis on „delivery“, the celebrations on the 60th anniversary of the Rome Treaty will also lead to the EU Member States re-committing themselves to a European idea that is more than just an accumulation of national self-interests. We believe that the celebrations of the Rome Treaty need to be the starting point for developing a new narrative[vi] for the European project, which allows people to identify and engage in. From its beginnings, the European Union was more than just a common economic space. It was a peace and reconciliation project after two devastating wars. This narrative is still valid and has to be kept in mind, although it might have lost some of its power of engagement as the war is not a reality anymore within the Union.  A new narrative is sought.  At a time when the gap between rich and poor is widening, not least due to austerity measures enforced on the European level, and there are less opportunities for people to engage with the project, key elements of such a narrative must include social justice within and between Member States as well as the participation of the people of Europe.

„Europe in Conviviality“[vii] might be a metaphor around which to develop such a new narrative. Living in conviviality in Europe and drawing on commonly held values and a common vision for the whole of the continent in a global perspective seems to us to be a viable vision for the future, which offers criteria for common policies in Europe. „Conviviality“ puts the people at the center of political action. It implies taking account of my neighbor and his/her needs as a basis of community policies. It fosters equal opportunities, engagement on an equal footing as well as social justice, thereby respecting freedom and diversity. Conviviality opens an opportunity to look beyond the EU territory and to take a fresh approach on the EU’s neighborhood as well as on its Common and Security Policy. Europe is bigger than just the European Union and the European Institutions have a responsibility which go far beyond Member States of the EU.

Oikosnet Europe is a network that is made up of members across the continent, drawing on the achievements of the European project.  They stand ready to engage in the open, transparent and regular dialogue between civil society organisations and the European Institutions as well as  to further develop an engaging narrative for Europe and to discuss European policies involving stakeholders from all walks of life, thus fostering conviviality and the European project.

[i] The Bratislava Declaration and Roadmap (16 September 2016)
[ii] Jean Claude Juncker, State of the Union Address 2016.
[iii] Jose Manuel Barroso, State of the Union Address 2011.
[iv] Oikosnet Europe is a network of 40 Christian academies and laity centers in Europe. Today the member organisations represent Lutheran, Catholic and Orthodox confessions from 17 countries in Europe.
Every year more than 200 000 people from all walks of life participate in conferences, meetings and festivities around a wide spectrum of topics. During the last years the main focus for common projects of Oikosnet Europe have been religion and democracy, social development, ecumenical formation, sustainability, migration and gender issues.
[v] Cf. White Paper on the Future of Europe. The EU of the 27 in the year 2025. Considerations and Scenarios. European Commission, 1 March 2017.
[vi] We have learnt about the importance of common narratives, for instance, through our member center in Corrymeela/Northern Ireland, which has a long-standing commitment and engagement in mediating between the different communities in the Northern Irish troubles and their aftermath. At our Annual Conference 2015 leaders of the Corrymeela Community explained: „We can identify victims and perpetrators on either side, we know about the society which we envision, we have developed methods for community building, but also long as we have no common narrative conflicting parties will always fall back into their old and segregationist positions.“
[vii] Cf. Seeking Conviviality, ed. The Lutheran World Federation, and: Towards a Convivial Economy, ed. The Lutheran World Federation, Geneva 2016.